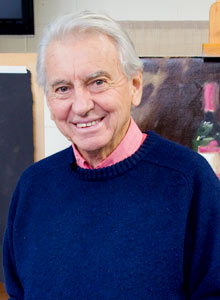 Born in Geelong, Bill Caldwell commenced his formal art training at the age of nine, by correspondence. He went on to study graphic design, working in Melbourne and London, before establishing his own successful practice, then studying traditional oil painting with Alan Martin in Eltham.

In the 1990’s, Bill turned to painting full-time and was elected to the prestigious Twenty Melbourne Painters Society in 2004. He continues as an active current member, exhibiting his work in the Society’s annual art exhibition.

He is represented in the Australian Commonwealth Lending collection, City of Camberwell and North Broken Hill collections; and private collections in England, Greece, France, Germany, USA and Japan, as well as throughout Australia. 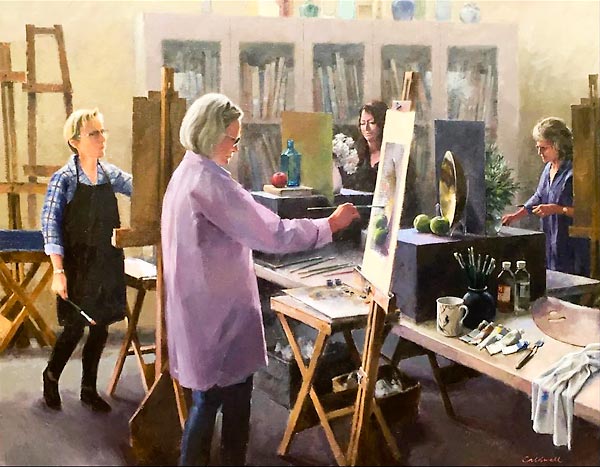 Bill has had successful exhibitions in Greece, Sydney, Adelaide and Melbourne, and has taught painting extensively in Melbourne and France. He is represented by Ecliptic Gallery, located in Armadale, Melbourne.